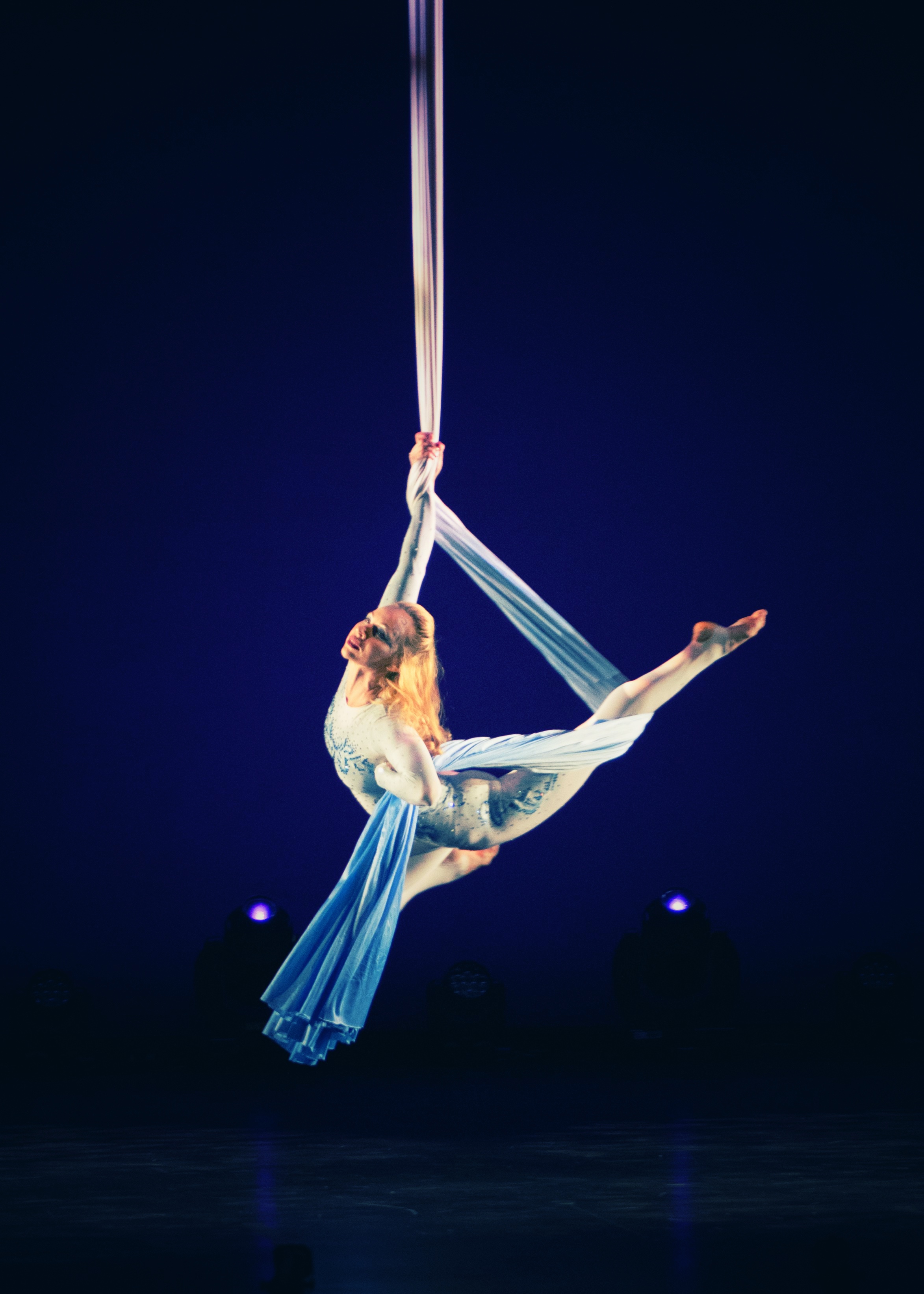 Olga Coronas hails from Rudnii, Kazakhstan. When she was 6 years old she began training in a wide range of circus disciplines at the local Youth Circus in Rudnii, and soon decided that would be her life. She eventually attended the Circus Arts College in Almaty, where she graduated as a circus aerialist after four years of training. An accomplished artist, Olga shows also a keen interest in contemporary dance. Among other venues in Europe, she has also been featured at the prestigious Almaty Circus, and at Liana Orfei’s Golden Circus in Italy – where she was also a guest performer at the Carnavale Of Venice and “Le Plus Grand Cabaret Du Monde” Paris, France. In the U.S. she has appeared with Neil Goldberg’s Cirque Productions, Ringling Brothers and Barnum&Bailey, Special circus project for Nikon, Lone Star Circus, NCL cruise ships guest entertainer, The Vampire circus, Circus Circus casino, Cirque Des Voix, and many many more.