You are here: Home / Flying Cortes 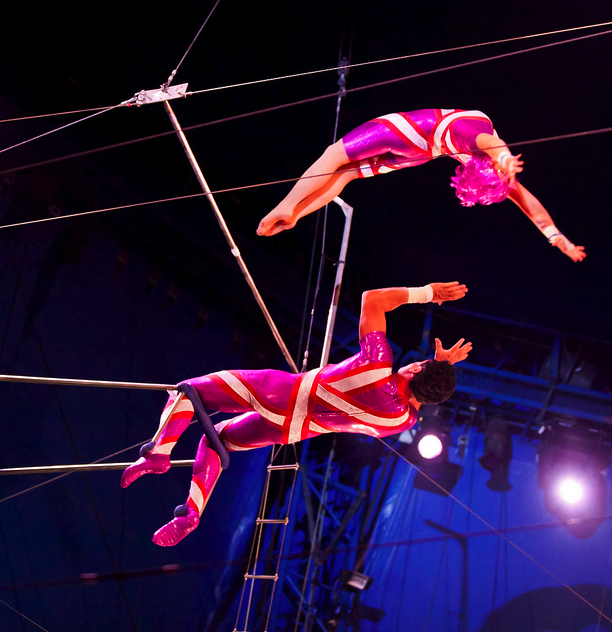 Join us in welcoming The Flying Cortes as they ascend to the highest reaches of the Big Top and soar through the air in one of the most awe-inspiring acts in the circus world!

The Flying Cortes have appeared in various circuses and prestigious circus competitions around the globe. In 2013, they were recipients of La Piste d’Or (“The Golden Path” award) at The International Circus Festival in Massy, France. In 2012, the group also received the Kerstwintercircus (Christmas Winter Circus) Award in The Netherlands.

The troupe consists of Robinson and Alex Cortes, fourth-generation performers with roots in Colombia. They came to the United States with their parents in 1977 and each has enjoyed the circus spotlight since childhood in various troupes from families including the Wallendas, the Gaonas and the Poemas.

Also featured in the troupe is Robinson’s wife, Alida, and the pair’s daughter, Ysabella. Alida’s circus background features a number of recognizable names in the circus industry – Wallenda, Zoppe and Bertini, to name a few. Rachael Hutinger, who honed in on her skills at Florida State University’s acclaimed circus program, The High Flying Circus also joins the group.

As the troupe soars above the center ring, they ask the audience to remember two things: dreams can come true and people can fly!